What Are Diabetic Foot Ulcers?

Diabetic foot ulcers are open sores that occur on the feet, most commonly on the soles. According to the American Podiatric Medical Association, approximately 15 percent of patients with diabetes will develop a diabetic foot ulcer over the course of their illness.

What Are the Adverse Outcomes of Diabetic Foot Ulcers?

In up to 6 percent of patients who develop a diabetic foot ulcer, complications such as infection will lead to hospitalization. In the United States, diabetes is the prevailing cause of nontraumatic lower-extremity amputations, and foot ulcers are associated with up to 85 percent of these amputations. Between 14 and 24 percent of diabetic patients with foot ulcers will ultimately have an amputation.

Diabetic foot ulcers may be triggered by a number of factors, including deformities of the feet, irritation from pressure or friction, or trauma.

The length of time that a patient has had diabetes may also play a role in the development of foot ulcers, as chronically elevated blood sugar may damage the nerves of the feet and lead to a condition known as “diabetic neuropathy.” In this condition, patients have reduced or absent sensation of the foot. The lack of sensation may contribute to the development of diabetic foot ulcers because patients cannot feel the pain from inciting traumas or irritations and their foot ulcers may develop and worsen without their knowledge.

Vascular disease may also play a role in the development of diabetic foot ulcers, as poor circulation of the feet may decrease the body’s ability to repair wounds and fight infections.

Why Is It Important To Treat a Diabetic Foot Ulcer?

Treating a diabetic foot ulcer as soon as it is detected may reduce a patient’s risk of developing an infection and lessen the likelihood of an amputation. By working with a podiatry team to stay up to date with diabetic foot care, patients may greatly improve their functioning and quality of life while simultaneously reducing health care expenses.

How Are Diabetic Foot Ulcers Treated?

In treating diabetic foot ulcers, timeliness is key. When a foot ulcer is rapidly identified and treated, it may heal faster and it has a lower likelihood of becoming infected. Podiatric doctors (foot and ankle specialists) treat diabetic foot ulcers in accordance with the below principles.

To prevent an ulcer from becoming infected, it is important to tightly control blood sugar levels, clean the ulcer daily, protect it with a dressing or bandage, and avoid walking with bare feet.

To speed up the healing process, diabetic foot ulcers should be “off-loaded” using devices such as footgear, braces, customized castings, crutches, or wheelchairs. These devices may improve healing by reducing pressure and irritation of the ulcerated area.

Wound debridement is a process in which a podiatric doctor removes dead skin cells and tissue from a diabetic foot ulcer in order to hasten the body’s wound repair process. A common debriding technique involves using a sharp tool such as a scalpel to scrape away debris.

Diabetic foot wounds that are kept covered and moist heal the most rapidly and have the lowest risk of becoming infected. Topically applied medications used for diabetic foot ulcer treatment include normal saline, growth factors, ulcer dressings, and skin substitutes.

Podiatry teams do not advise letting wounds “air out,” as this impedes healing and increases a patient’s risk of infection. Similarly, podiatrists recommend against managing wounds with peroxide, full-strength betadine, whirlpools, or soaking.

A podiatrist may prescribe antibiotics for a diabetic foot ulcer if it appears infected. Depending on the severity of infection, hospitalization may be needed in order to properly heal the wound.

Working with a medical doctor to keep tight control of blood glucose levels is paramount when it comes to treating diabetic foot ulcers. When blood sugar is tightly controlled, wounds may heal faster and with fewer complications.

It is important to consider the blood supply of an ulcerated area and how it may impact both wound development and healing. A podiatric doctor can evaluate and address concerns regarding blood circulation using noninvasive studies. A vascular surgeon may also be consulted in order to help restore adequate blood flow.

The majority of diabetic foot ulcers that are not infected may be treated without surgery. However, surgical attention from a foot and ankle specialist may be necessary when other therapies have failed to heal a wound. Surgical procedures can help remove pressure from an ulcerated area and improve wound healing. These procedures may include shaving or excising bone from deformities such as hammer toes or bunions.

How Long Will It Take for a Foot Ulcer To Heal?

Healing times for foot ulcers can range from weeks to several months, and they are influenced by the size of the wound, the wound’s location, the amount of pressure on the wound, a patient’s blood sugar levels, and how the wound is being managed.

How Can Foot Ulcers Be Prevented?

Routine foot screening is considered part of the “gold standard” of diabetic care, and it is recommended by the American Diabetes Association. Diabetic patients can reduce their likelihood of developing a foot ulcer in the first place by regularly having their feet evaluated by a podiatric doctor. A podiatrist can expertly examine the feet and test for related conditions such as diabetic neuropathy using a monofilament tool.

In addition to undergoing routine foot evaluations, patients can prevent the development of diabetic foot ulcers by doing the following:

Additionally, patients who perform surveillance of their own feet may more readily identify potential problems and promptly bring them to the attention of their podiatry care team.  The feet should be examined on a daily basis, with special focus paid to the soles and between the toes. Patients should address any identified foot abnormalities—including bruises, cracks, color changes, cuts, or blisters—with a medical professional as soon as possible, no matter how minor they may seem. 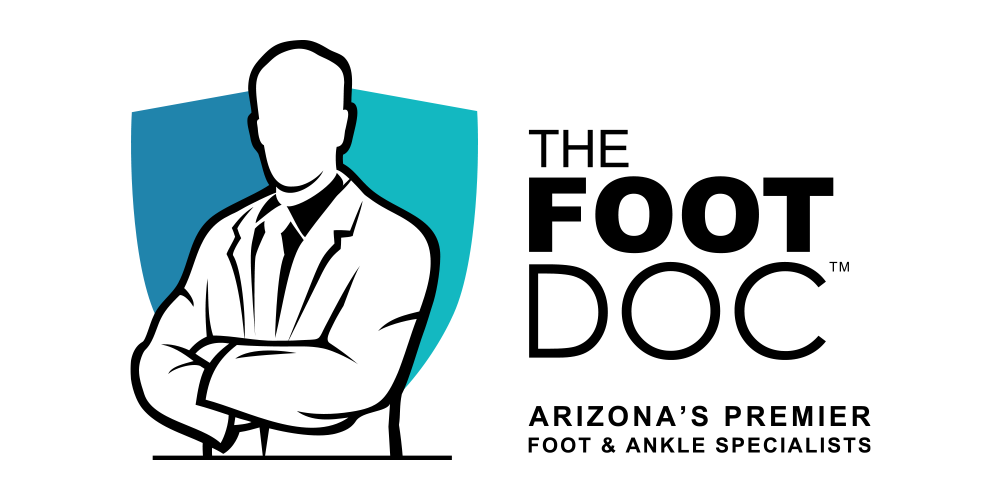